One in 10 clicks on UK tech jobs are from abroad with non-EU countries accounting for 6% of the total, a slight increase since 2015. Clicks from EU-based jobseekers account for 4%, the same proportion as three years ago suggesting Brexit has so far barely dented the UK’s ability to attract high-skilled tech professionals from abroad.

Indeed’s data reveals that the highest number of clicks on UK tech-related roles came from India followed by the United States and France. Of all the international clicks from India, more than one fifth (20.9%) jobseekers enquiring about UK jobs so far in 2019 were interested in tech jobs. 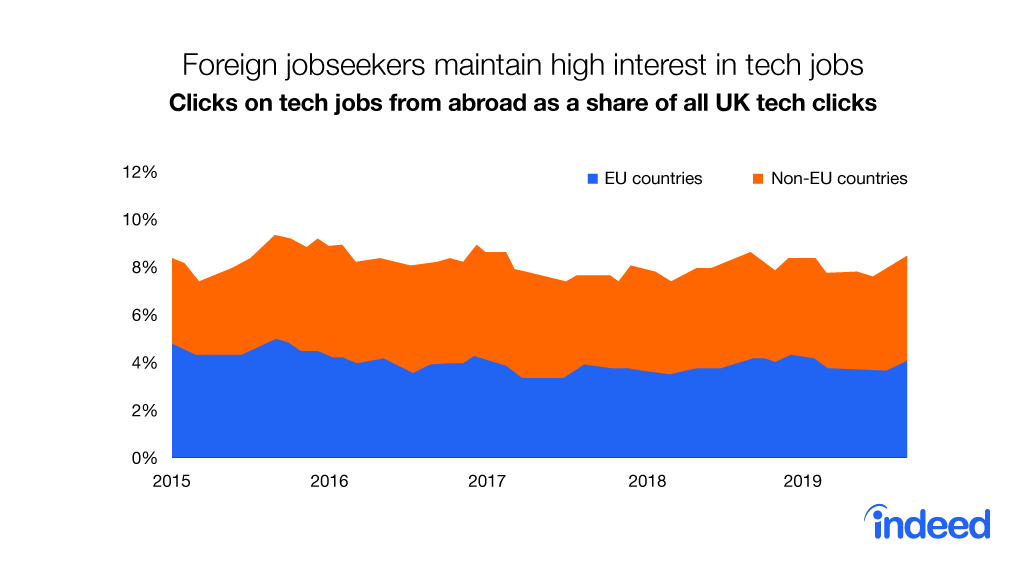 British technology companies secured more investment (£6.8bn) in 2018 than any other European country and was fourth behind only the US, China and India in terms of overall funding.

As well as record investment in the sector, non-traditional technology companies are fighting for tech talent with nearly two out of three recruiting executives reporting tech-related roles as a critical segment for their organisations.

While that demand puts tech workers in the driving seat to choose their next role they still find themselves being frustrated with a traditional job search process that lacks transparency and relies too heavily on resumes and job descriptions alone.

Seen builds upon the technology of its predecessor, Indeed Prime, to serve all levels of tech jobseekers and the companies looking to hire them. Tech jobseekers who use Seen are able to share a more holistic view of who they are and what they are looking for, not just their formal work experience. Seen uses this information to quickly match them with companies whose job opportunities align with their skills, interests, and work preferences. 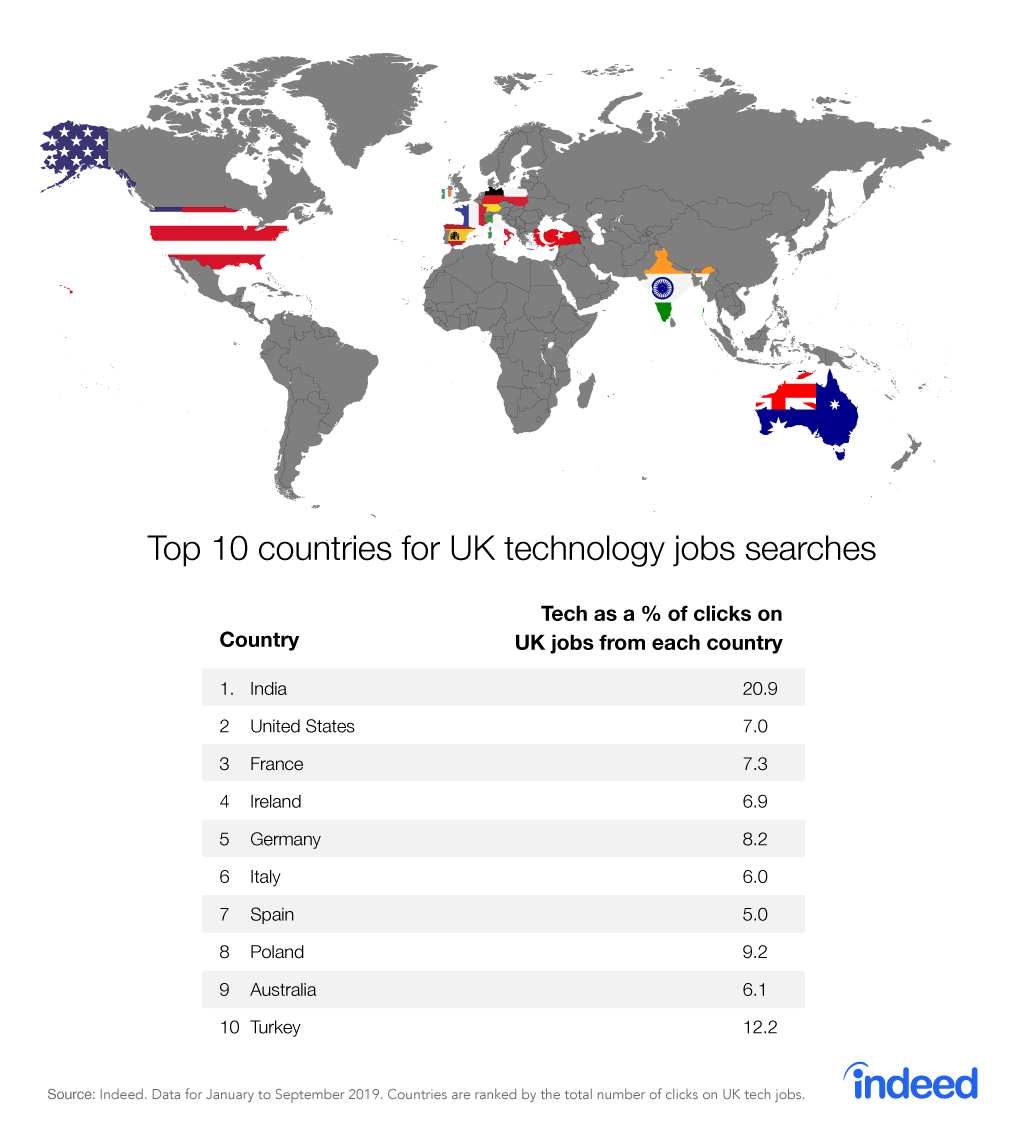 “Britain’s tech sector remains a magnet for global talent. Our data shows foreign workers seem undeterred by the political uncertainty in the UK, whose attractiveness to both EU and non-EU jobseekers should reassure British employers.

“Today, every company is a technology company and in the UK many of the employers hiring the most tech-related roles are financial and accountancy ones as well as more traditional tech companies.

“This demand has created a squeeze for tech talent and the challenge for employers is how to attract them. We know salary is the most important motivation but workers also want to identify and connect with companies whose job opportunities will be the right next step in their career, and whose cultures will enable them to thrive.”

He continued: “Seen by Indeed enables tech talent to share a more holistic view of who they are what their work experience is, their skills and interests, and their career aspirations. They can also and what they are looking for in their next role such as salary, location, and other workplace preferences.