Mobile proximity payments are the smallest, but fastest growing segment for mobile payments, according to global analyst firm Ovum.

Ovum’s new m-payments forecast* shows that the total global user base for mobile payment segments will increase from an estimated 689.99 million users in 2014 to 4.77 billion users in 2019. This forecast also includes m-commerce and person-to-person (P2P) mobile money transfers.

NFC takes the biggest slice of the 1 billion users 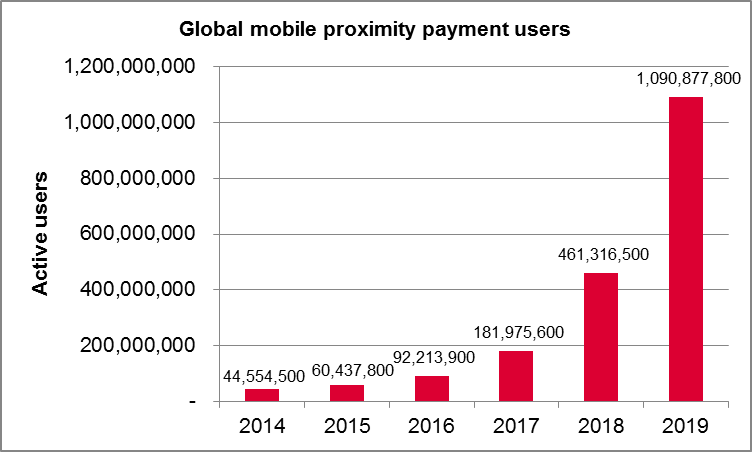 A number of factors are behind the growth

“Factors driving growth include wider merchant support for NFC across point-of-sale (POS) acceptance infrastructure, which in the US is being helped by the upgrades to EMV. The adoption of host card emulation (HCE) is also helping, providing a more flexible way of implementing NFC. At the same time, NFC is being championed more widely across the ecosystem by players such as Apple, Google, PayPal, and Samsung,” said Eden Zoller, Principal Analyst, Consumer Services and Payments, at Ovum.