Why Competition is Rising in The UK Tech Labour Market

By Gordon Smith, Country Manager for Britain and the larger UK market, Hired

This isn’t just the opinion of a technology company operating in Britain – it’s a fact shaping government policy. The technology sector is growing twice as fast as the wider UK economy, and digital jobs are being created twice as fast as non-digital ones.

As a result, Prime Minister Theresa May recently announced the ongoing support for technology innovation across the UK by doubling the number of available visas and making various investments in the tech sector totaling £81 million.

Despite this growth, our Mind the Gap report uncovered a significant divide between the skills employees have and the skills employers want, particularly around data, security, UI and UX. And a report by Engineering UK conservatively estimates an annual engineering graduate shortfall of 20,000, while predicting we’ll need 265,000 more skilled engineers a year to meet employer demand until 2024.

To uncover the true scale of these issues, we dug into Hired’s own data to analyse trends in both candidate and company behaviour that might give us some unique insight. We’ve also supplemented this with survey data collected from tech workers who have used Hired to help them find their next job. Here’s what we discovered.

Brexit Through The Gift Shop

If you’re looking for a hot take on Brexit, there’s plenty of other blogs where you can find that. One thing our study did show, however, is that interest in working in the UK has dropped significantly since the vote.

In Q1 of 2016, 40% of foreign tech workers accepted offers from UK firms on the Hired platform, but following the Brexit vote this plummeted to just 30% and in Q3 of this year only recovered to 34%.

But it isn’t just foreign workers we need to be worried about losing. Native UK tech talent is also at risk.

Half of UK tech workers surveyed would consider moving to work in another country in light of Brexit, with the US and Europe coming out as top relocation choices.

We can see further evidence of this potential ‘techxit’ in the fact that 30% of tech employees say working for a company with a European network has become more important since the vote. 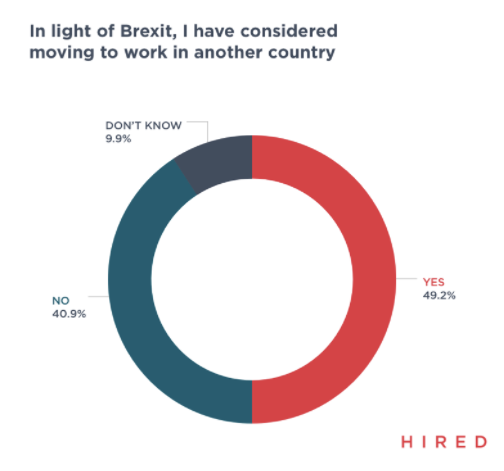 To get ahead of this potential exodus, companies must have open conversations with employees they intuit may fall in that 49.2%. Demonstrating you understand and care about how this situation impacts can do wonders for your employee retention.

The same can be said for hiring new employees – showing you’re sensitive to shifting political goings-on and how they might affect the team will position you not merely as an employer, but as someone with a vested interest in their long term success.

While tech workers are hinting at leaving the UK for greener pastures or simply not coming here in the first place, demand for their skills is on the rise.

Almost all tech workers (95%) on our platform are approached by recruiters at least once a month. For 78% of them it’s once a week, and in many cases, far more frequently.

But this goes against what candidates want. Many developers are turning away from hiring tools that do not mute this ‘spammy’ noise and increasingly want to be contacted only when they’re actively looking for an opportunity.

In short: they want their job search to be on their terms. 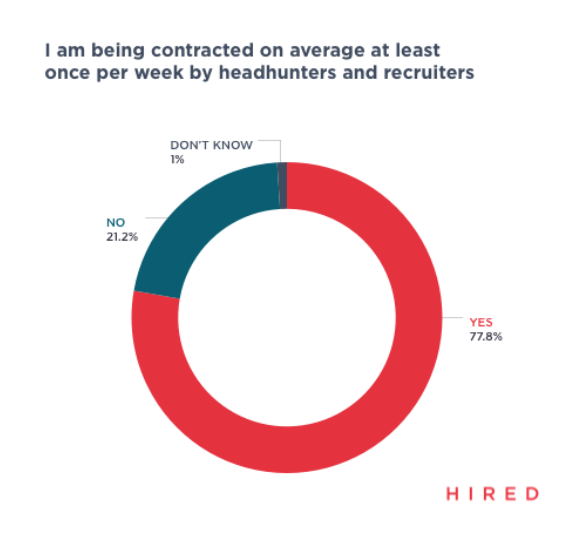 Brexit seems to be having a major knock-on effect in terms of demand for tech talent, with 70% of UK tech workers saying they’ve seen a noticeable increase in contact from recruiters since the vote.

If demand for tech talent is rising and we don’t have enough skills to fill the gaps, clearly we all need to take the appropriate action to prevent the gap growing wide enough to cause real damage.

That means private companies doing more to attract and train home-grown talent. It means educators striving to entice more young people into the technology sector, particularly in underrepresented groups. And it means the government taking more bold steps to ensure UK businesses have access to the tech talent they need in the meantime.

The government has taken some small steps already – a recently announced scheme will help train two million people in digital skills, and Theresa May has also committed to doubling the number of highly skilled tech visas to 2,000.

But this latter figure seems far too small in comparison to hundreds of thousands of foreign tech workers we rely on.

One way for individual companies to get around these issues is changing how they attract top tech talent to align with what UK tech talent actually values.

While pay is always going to be a key motivator, our research found company culture is actually more important to tech workers than salary. Even further down the list, you’ll find career development and perks.

This latter finding might seem strange at first, but when you dig into the changing working habits of tech workers you can start to see a where their heads are at. More than half (61%) of tech workers have considered going freelance, while 67% would like to work remotely in the future. 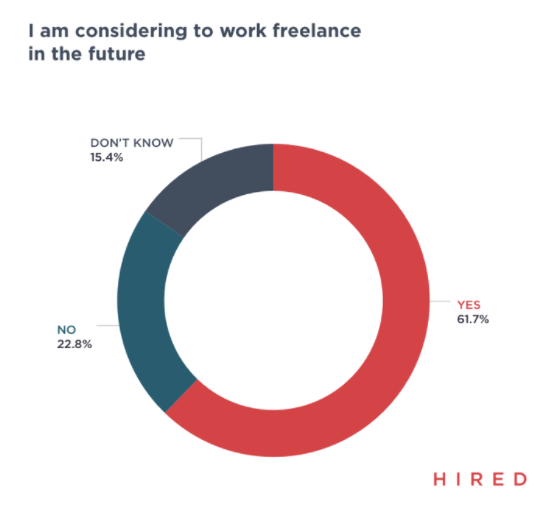 This points towards two things: tech workers are looking for the more project-based career that freelancing affords, and they value flexibility and work-life balance above any kind of financial reward.

The challenge for companies lies in adapting to these new behaviours and changing their outlook to encourage flexibility amongst their workforce. While at first blush we can see the utility of this mindset in retaining top performers over the long term, there’s some healthy recruiting to be had in the short term, too. Companies may be slow to adapt to the rising tide of remote and part time workforces, so savvy talent teams have the opportunity to get ahead of the curve and offer this flexibility before it becomes standard operating procedure.

Want to see what else it takes to remain competitive in the UK tech talent market? Check out our full salary report based on data from thousands of offer letters made through the Hired platform.