Why businesses must continue pushing the envelope on talent retention

Netflix has been making waves with its new parental leave policy, offering unlimited leave for new mothers and fathers in the first year after their child’s birth or adoption. Julie Windsor, Managing Director at Talentia Software UK, discusses why more companies should be following Netflix’s lead and pushing the envelope on talent retention

Netflix has been making waves with its new parental leave policy, offering unlimited leave for new mothers and fathers in the first year after their child’s birth or adoption. Julie Windsor, Managing Director at Talentia Software UK, discusses why more companies should be following Netflix’s lead and pushing the envelope on talent retention.

While Netflix’s offer goes above and beyond the UK’s limited statutory parental leave, it is not the only company to have adopted a more avant-garde approach to keeping mothers and fathers happy. IBM revealed plans to launch a service that allows working mothers to ship breast milk back home when they are travelling for business. Elsewhere, Facebook and Apple made the news when they offered to pay up to $20,000 to freeze eggs of female employees as a way of attracting more women to roles.

Technology companies are trying to address their gender diversity issues, but much of the media coverage around these developments in maternity and paternity policy has been negative. Instead of denouncing these innovative human resource strategies, they should be lauded by the business world for trying to develop and nurture talent in today’s increasingly competitive, global economic climate.

Criticism around the gender gap that exists in upper management has been around for some time and initiatives designed to address the disparity should be supported. Businesses are dedicating more resource to addressing diversity issues and it is great to see the technology industry blazing a trail with some very unique, thought-provoking strategies. Such policies do seem to be having a marked effect on female executives with the recent announcement that FTSE 100 company boards are made up of at least 25 per cent women, a voluntary target originally set by Vince Cable in 2011.

The next target has to be a 50/50 split, but in order to achieve such a figure, ingenuity has to be the centrepiece of human resource departments across the country. As an economy, the aim has to be for the UK to reach that high-skill, high-wage apogee. Only by nurturing senior female talent will we be able to drive UK public limited companies forward into the 21st-century vision of more female representation at all levels.

For our country to contend in today’s global economy, top female talent must be kept in business. Companies are not only trying to remain competitive in their own country, but in the worldwide market too. They are coming under pressure to be as efficient as possible from high-growth countries. Overheads for businesses in BRICS and MINT nations are putting the squeeze on companies based in established markets because of their ability to produce goods at a fraction of the price.

It is to be expected that companies look at unorthodox ways to fuel more productivity from their current workforce. Some strategies will pay off and some will not, but you can be sure that when those policies do turn out to be a triumph, there will be widespread adoption.

Organisations should pay close attention to initiatives that encourage high-performing staff not to seek pastures new. To do so requires a flexible talent management strategy with accordingly responsive systems, technology and processes that can easily map succession planning and performance management without being restricted by administrative elements such as time and attendance. 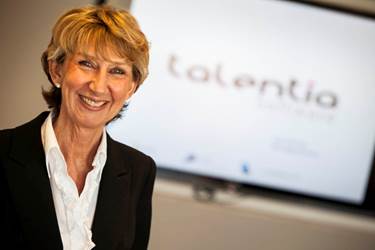 A graduate of Cambridge University, Julie started her career in the software industry with a leading financial services company and later moved to a subsidiary of US giant, Control Data, where she was responsible for introducing solutions targeted at HR. Recognising that new developments in software were about to change the face of HR, Julie was part of a team that formed HRM Software, which focused on talent management solutions for major international businesses. As a director and board member of HRM Software, Julie worked with over 50% of the top 100 UK companies and helped to turn it into the market leader in its field. Since then, Julie has become Managing Director of Talentia Software UK and joined the board of Talentia Software Holding Limited.