REVEALED: With the UK working from home Fasthosts reveal which areas are most at risk of a data breach

A new interactive map reveals the percentage in which cybercrime is increasing in your area – an issue more important now than ever before with the world working from home and security flaws potentially being opened.

The cybercrime industry is worth over $1.5 trillion [1] with a scary 85% of organisations reporting phishing and social engineering attacks [1] every year.

From fake emails to bank fraud, cybercrime is growing both in intelligence and quantity of crimes.

A new interactive map by Fasthosts.co.uk has revealed the areas of the UK which fall victim to cybercrime the most often, along with the percentage increase over the last three years.

Cambridgeshire revealed as the data breach capital of England

Located to the East of England, Cambridgeshire proudly boasts a wealth of history and iconic countryside views. What it may be less proud of however, is that fact that it gained top spot as the cybercrime capital of England, with cybercrime increasing by 49% over the last three years.

Coming second in the unfortunate rankings is North Wales, seeing a 47% increase over the last three years.

The top 20 areas for cybercrime can be seen below: 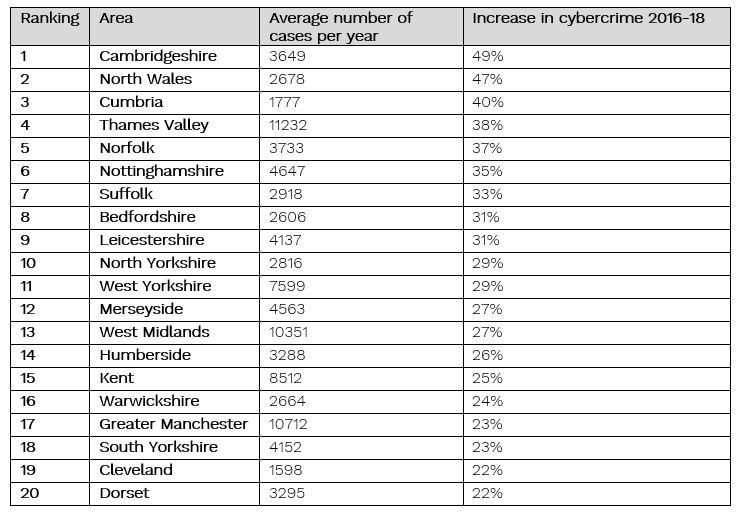 The full report can be seen at: https://www.fasthosts.co.uk/data-breach-capital