Only 13% of job ads use diverse and inclusive language

Indeed analysed millions of jobs advertised across its platform for explicit mentions of phrases like “we are an equal opportunities employer” or “we encourage applications from people of all backgrounds”.

It found that while there had been a 2% rise in the number of job descriptions using such language only 1 in 8 actually did. Office and managerial jobs, education and tech jobs were most likely to promote diversity in their job descriptions while those in retail, hospitality and personal care tended not to.

The job most likely to promote diversity and inclusion in their descriptions was that of a lecturer (48% of jobs) while barbers were least likely (0.1%). 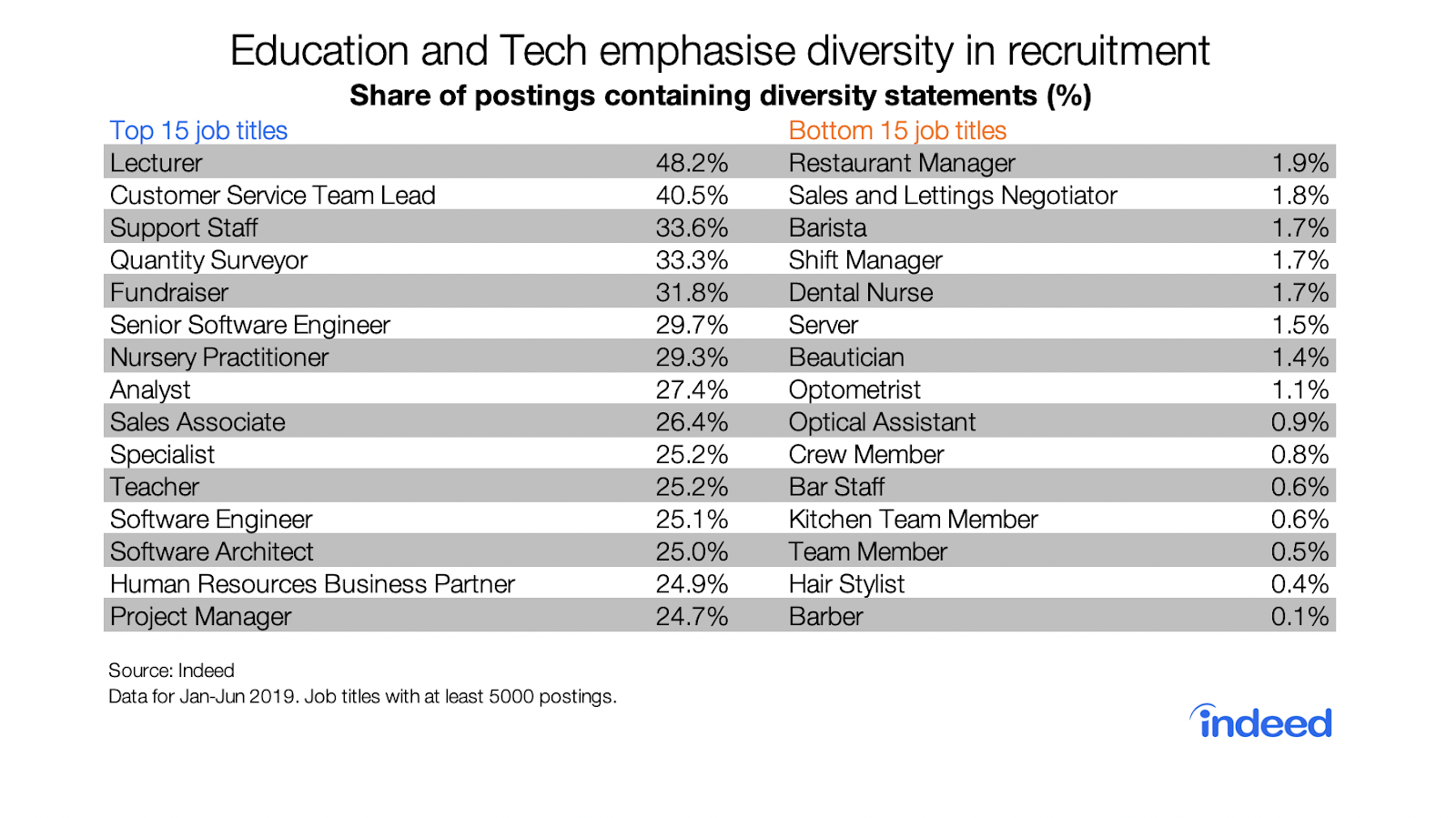 One of the reasons why jobs like baristas, bar staff, dental nurses or optometrists are at the low end of the scale could be that many of those jobs are at small and medium-sized businesses, whereas diversity statements appear to be more of a priority for larger organisations with bigger recruitment needs

The data also suggests company size matters when it comes to the likelihood of using this type of language with large employers much more likely to include a diversity statement than small ones.

Overall, Indeed found many of statements were generic and simply mentioned that the employer is “an equal opportunities employer”, “welcomes a diverse pool of candidates” or “is committed to a diverse workforce”.

However, some employers went into greater detail and gave specific examples of demographic, social, ethnic, sexual or other minority groups that they are especially willing to consider candidates from.

Employers may sometimes do this if they believe particular groups are under-represented amongst their staff. It is not a very common practice, however. Only about one-third of equal opportunities statements explicitly mention gender (32%), just over one-fifth of them mention LGBT+ candidates (21%) and approximately one-sixth mention ethnic minorities (17%). 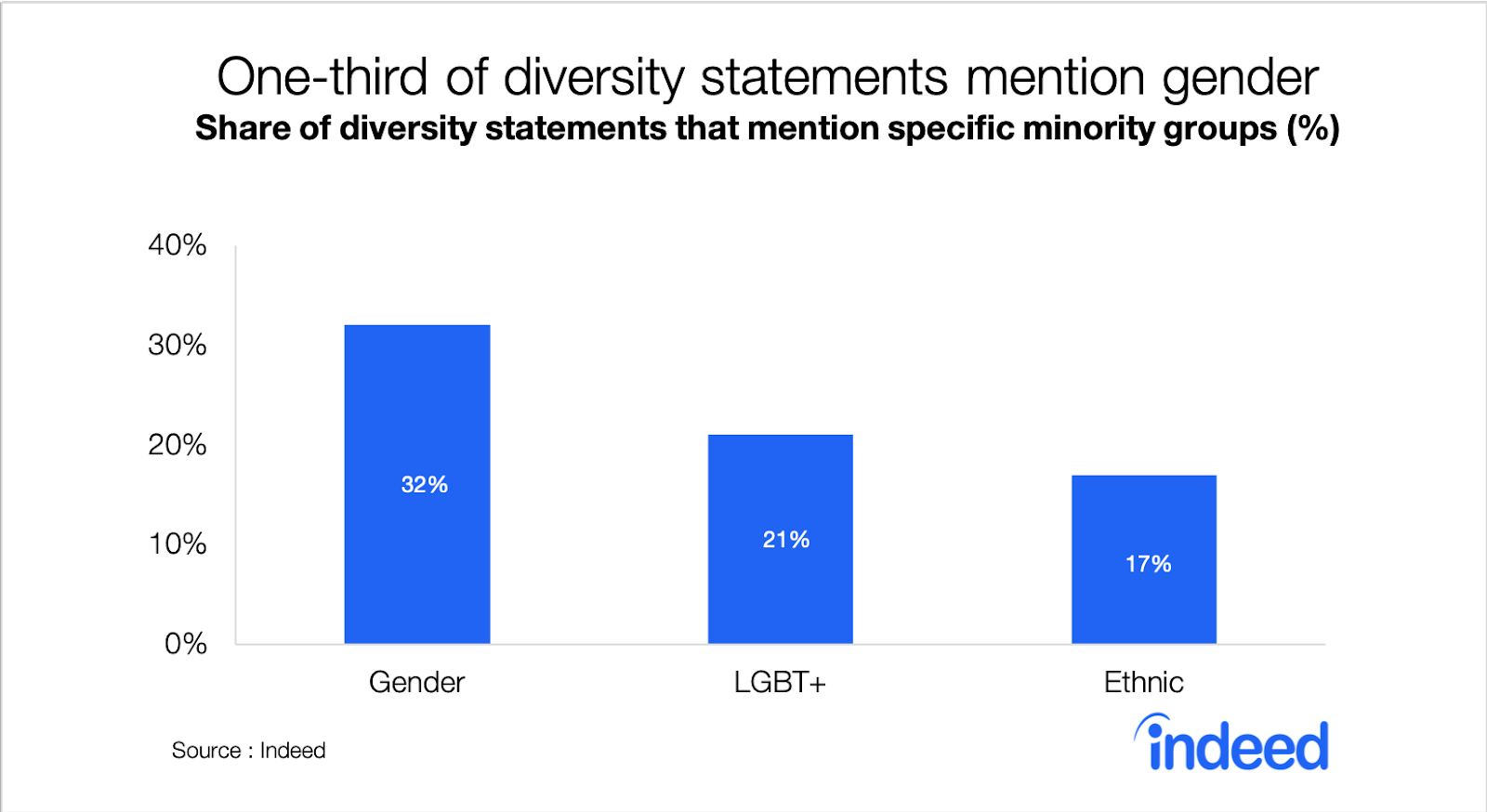 One of the reasons for the overall rise in job ads using diverse and inclusive language could be the increasing tightness of the labour market in recent years.

When unemployment falls and employers compete harder to recruit talented candidates, diversity statements can be an attempt to attract candidates from under-represented demographic groups to the workforce.