In the hot seat: The Hardest Interviews and the jobs behind them

The prospect of having a job interview is a daunting time for even the most confident of beings. The seemingly endless amount of preparation to cover an infinite number of possible questions is enough to make the coolest of cats break a sweat

The prospect of having a job interview is a daunting time for even the most confident of beings. The seemingly endless amount of preparation to cover an infinite number of possible questions is enough to make the coolest of cats break a sweat.

What if you can’t answer their questions and you look like a complete fool? What if you trip up on entering the room and your cue cards go flying across the room from your clammy paws? And of course, the worst case scenario; what if they simply don’t like you?

More often than not, these thoughts and feelings often dissipate within a few minutes of the interview beginning, and many people can at least appear confident, despite the fact their stomach is doing somersaults. From a recruiter’s perspective, you would think the best thing to do is to put people at ease to make them relax and get the best out of them; sadly this is not always the case.

Yes, certain organisations have gained a reputation for putting candidates through hell, making them feel Satan himself is literally grilling and prodding them with a giant pitchfork. Internet giants Google are notorious for making potential employees squirm with a whole host of ridiculous questions that would have Stephen Hawking wishing he could phone a friend. 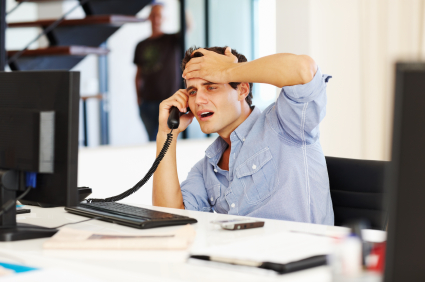 ‘How many golf balls can you fit in a school bus?’ and ‘How much should you charge to wash all the windows in Seattle?’ are just two such bizarre queries Google interviewees have faced. Worse still, they are also known to dish out riddles, such as ‘You are shrunk to the height of a nickel and your mass is proportionally reduced as you maintain your original density. You are then thrown into an empty glass blender. The blades will start moving in 60 seconds. What do you do?’. How would you respond to this, jump out of the nearest window perhaps?

Nail biting interviews extend further than conventional questions too. A spokesperson from British cyber security and ethical hacking company Random Storm, said that they actually get potential candidates to hack something during their interviews. They even offer a tool that interested people can train on – talk about being put in a difficult situation!

A recent report revealed that The British government is recruiting teenage apprentice spies and code breakers, in a bid to safeguard the future of Britain and protect ourselves from terrorism. The job title? Secret Agent’s Apprentice; now how impressive would this look on your C.V? No university degrees are required to apply, but successful applicants will undergo two years of studying and relevant placements before staring work permanently.

The recruitment process for these positions have not been revealed (we’re guessing it’s top secret), but the ideal candidate will be 18 plus, and excelling in topics such as science, I.T, engineering and even gaming. We can only imagine that the interview process for this job is akin to a James Bond style mission, involving saving the world from an evil warlord. Suddenly a standard interview doesn’t sound so bad after all.