With uncertainty reverberating throughout the EU in the wake of the political meltdown in the UK as the shock referendum result leading to Brexit continues to cast doubt on Irish, British and European economic stability, it would appear, that Irish employers, at least, are pushing uncertainty aside and continuing with their hiring plans into 2017. Indeed, not only is the Irish recruitment industry both stable and strong in the light of Brexit, but it would appear that both indigenous and multi-nationals based in Ireland are seeing opportunities arising from the crisis.

Sigmar Recruitment, conducted a pulse survey with over 100 Irish employers to gauge their views on how Brexit will effect hiring plans in the coming months and into next year. Of those surveyed 88.79% said Brexit has had no immediate impact on their planned hiring activity for 2016.

Sigmar CCO, Robert Mac Giolla Phadraig commented: “The weight of employer confidence is overwhelmingly positive in the short-term with nearly 89% of employers stating that Brexit won’t adversely affect their hiring plans over the next six months. It’s clear that the shock decision to exit caused some initial uncertainty, but as the dust has settled employers across all sectors are confident that their hiring plans won’t be adversely affected possibly because it has become clear that it may take some time yet before Article 50 is activated.”

Figure 1: Has Brexit impacted your current hiring plans for 2016? 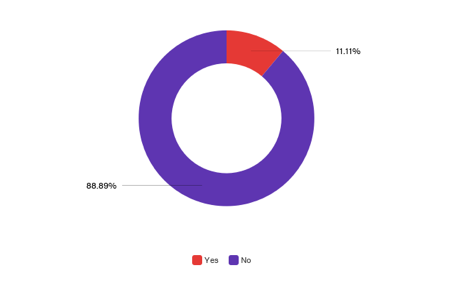 And 64.55% feel Brexit will have no effect on 2017 hiring activity either. However 28.18% are unsure. Interestingly it was the larger indigenous companies and multinationals that expressed greater uncertainty for 2017, possibly due to the uncertainty of 2017 GDP forecasts.

Says Mac Giolla Phadraig: “The medium term view of employers remains positive with only 7.27% of employers anticipating hiring less staff in 2017 as a result of Brexit. Close to 65% of employers polled said Brexit will have no effect on 2017 hiring, realising that investing in talent remains a top priority for companies across all sectors. 28.18% of employers are adopting a "wait and see" approach” 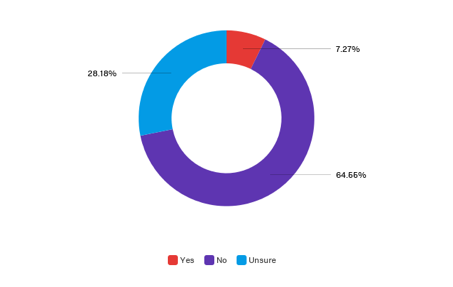 When asked whether they thought Brexit would have a net positive income on overall job creation in Ireland, employers were less decisive with 38.18% unsure, 34.55% thinking it will and 27.27% thinking it won’t.

Figure 3: Do you expect Brexit to have a net positive impact on overall job creation in Ireland in the medium term? 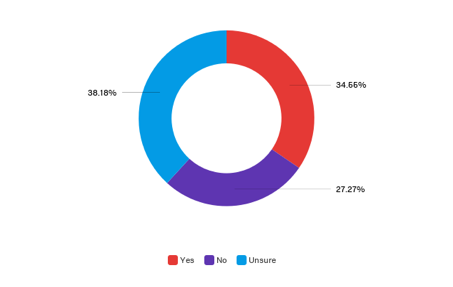 However, 50.91% of employers do believe it will be easier to attract UK based talent to Ireland as a result of Brexit.

SaysMac Giolla Phadraig: “While slightly over half of employers surveyed anticipate it will become easier to attract talent from the UK, we have seen a significant spike in job applications from the UK over the last week with a surge of relocation queries.  It’s likely that we are seeing the tip of the iceberg here and we anticipate a significant shift in European talent relocating to Ireland over the coming months, particularly if we experience a bounce in FDI activity. This is likely to position Ireland as a global centre of talent, further enhancing our international investment value proposition”.

Figure 4: Do you think it will be easier to attract talent from the UK to Ireland as a result of Brexit? 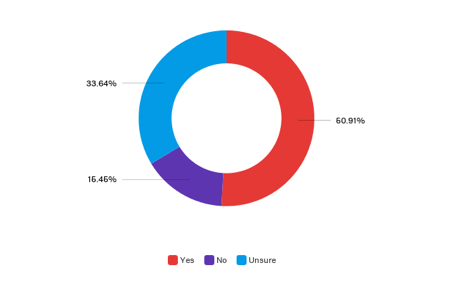