Onrec Online Recruitment Magazine Feature: How is the online recruitment IT sector faring?

At IT JobBoard, the managing director Alex Farrell reports that there is still growing demand for tech professionals in the UK, saying they have seen a significant year on year in jobs advertised on the website this year. “Nearly 30% of jobs advertised have been from the banking and finance industry, primarily driven by Big data. Big data development is providing banks with business intelligence and insight. Banks are also investing in cloud computing to drive business efficiencies and we are also seeing the ongoing development of secure online M-commerce services as it becomes a more mature proposition.”

Farrell has also spotted that a clear regional theme is also emerging – with nearly 40% of the vacancies advertised in London. This regional bias is also reflected in tech professionals earning more in the capital. Farrell feels one of the big drivers of this is the continued investment in digital/tech start-up businesses. In terms of skills in demand, Farrell says the top 5 candidate searches undertaken by recruiters in October were Java, PHP, SAP, .Net and C# - supporting the fact that demand for web developers remains strong. There has also been an upward trend in demand for professionals with Microsoft Dynamics and Salesforce experience, according to the IT JobBoard as there is continued investment in business solutions.

Throughout  2014, the IT job market has continued to grow and go from strength to strength, with demand for talented IT professionals from direct employers continuing to grow, according to Amy Edwards, Digital Marketing Manager at Bubble Jobs. “From what we’ve seen at Bubble Jobs, sectors which have really boomed in 2014 include cloud computing, database administration and technical architecture. In terms of registrations, technical candidate sign-ups continue to be strong and, from what we’ve seen across social media, demand for contract roles has really stepped up in the last six months.”  Regarding future trends, Edwards expects IT technical roles to continue to cross over with more digital roles, which could mean that candidates will need to have technical knowledge, alongside digital experience, particularly in terms of mobile and Big Data.

There are certainly plenty of opportunities out there. Shravan Goli, President of Dice.com comments that the competition for talent has certainly become much more aggressive. “It's never been easy, and it's only going to get tougher.” For example, Goli claims there are more than 80,000 tech positions advertised on any given day on Dice.com. This seems set to continue too: “Our semi-annual hiring survey of more than 700 hiring managers and recruiters who primarily focus on tech professionals in the U.S. revealed that 70 percent of hiring managers planned to hire more tech pros in the second half of 2014.But candidates have shown they’re not willing to accept just any offer- 32 percent of hiring managers and recruiters said their offers were being rejected, and a majority (61 percent) of respondents said candidates were asking for higher compensation than they had six months earlier.” 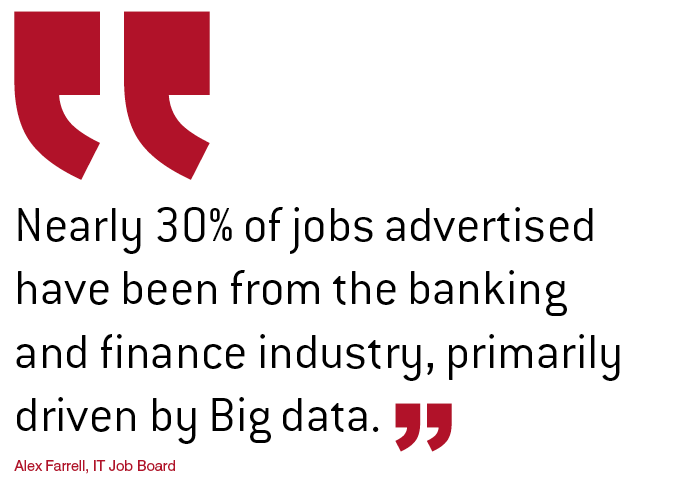 To combat this, Goli notes that one way they are seeing employers respond to the tight labour market and pressure on compensation is to offer a unique bonus plan designed specifically for hard-to-find talent, such as software developers. Now, more employers, in more industries, are adopting targeted plans. For those companies with bonus plans, one in 10 employers (11%) currently has programs tailored exclusively for software developers.

Apparently when it comes to tech recruiting, companies are looking more creatively at events to attract talent too, with ‘hackathons and ‘un- career fairs’, reports Goli.  “Hackathons are gaining in popularity with many non-tech companies as they look to establish themselves as an employer of choice in their local community. And the “un-career” fair event is becoming popular as a contrast to the large career fair by being a smaller, more informal and intimate event where recruiters and qualified candidates make one-on-one connections.”

Goli tells Onrec that new tools such as Dice Open Web, their big data tool that aggregates publicly available information from across social networks on technology professionals, makes it easier for recruiters to find, source and engage passive tech candidates. Goli says they are arming recruiters with richer data to be able to create a meaningful connection.  “Using your Open Web profile, you can quickly learn about the candidate. What do they like to do in their spare time outside of work? What Meetup did they attend? Now, the recruiter can customize the pitch, give it a human touch to get the conversation started, and communicate in real time.”

They are also harnessing the power of Twitter, with #Dice141 job cards that offer recruiters new ways to reach candidates. According to Goli, #Dice141 doubles the visibility of tech recruiters' tweets by combining social, mobile and big data insights to reach the millions of tech pros on Twitter. Recruiters are using these expandable, personalized tweets to break through Twitter's 140 character limit and showcase all the ins and outs of their positions, making it easier for tech pros to apply on the go.

With the demand for tech professionals with certain specialized skills making today’s labour market a tighter one, hiring managers could be looking to contract/temporary employment as a viable solution while continuously looking for a permanent hire. Recent trends from the U.S. Bureau of Labor Statistics (BLS) indicate the job market ( in the U.S.) is seeing a significant uptick in temporary staffing. Since the start of 2014, general temporary employment has grown by 6%. Yet, this “boom” in temporary employment has particularly been seen lately in the tech industry. To illustrate this, Goli states that on any given day on Dice, there are approximately 47,861 contract positions.

Career opportunity continues to grow in the tech sector and tech professionals continue to be in high demand says Goli, with Dice seeing trends in Mobile, Big Data, Cloud and Security. According to the BLS, the unemployment rate remained low in the third quarter of 2014 for tech pros, at 2.7%, well below the national unemployment rate of 6.1%. Tech job growth continues; in the third quarter, 11,900 new positions were created in tech consulting and 5,600 jobs were added in data processing, hosting and related services, the category where cloud positions roll under.

With the tech unemployment rate low, tech professionals know they can take control of their careers says Goli, who has high hopes for tech professionals: “Tech hiring managers tell me they are stretching budgets to keep their technology work forces focused and satisfied. With this in mind, I recommend tech professionals develop their own roadmaps to obtaining industry, communications and analytical thinking skills. At Dice, we focus on partnering with tech pros over the length of their career instead of just when they are looking for new positions. Tech professionals should take this same approach to managing their own careers – take the long view. Ultimately, I’m confident that by continuing their professional development, tech pros will take on leadership roles across a variety of industries.”