“Since the government effectively pressed ‘pause’ on the economy, the labour market has been on rewind. The Coronavirus has wreaked havoc on the jobs market, which was turned on its head in only a few short weeks after being in relatively rude health heading into March.

“Today’s data offers an almost nostalgic glimpse at low unemployment, soaring numbers of people in work and solid - if unspectacular - wage growth. Fast forward to today and our data shows that job postings on Indeed have plummeted by 48% on last year's trend with the beauty, hospitality, travel and food preparation industries hardest hit.

“These numbers point towards the UK entering a deep slowdown and with millions of people furloughed or losing their jobs. The question is how quickly people will be able to return to their jobs or find new work when the economy re-opens.

“Initially, we saw a scramble by supermarkets and others in the supply chain to hire new workers but now many of those roles have been filled. One glimmer of hope we are seeing is that the pace of decline in new roles appears to have eased over the past week, which hints at signs the jobs market may have bottomed out.” 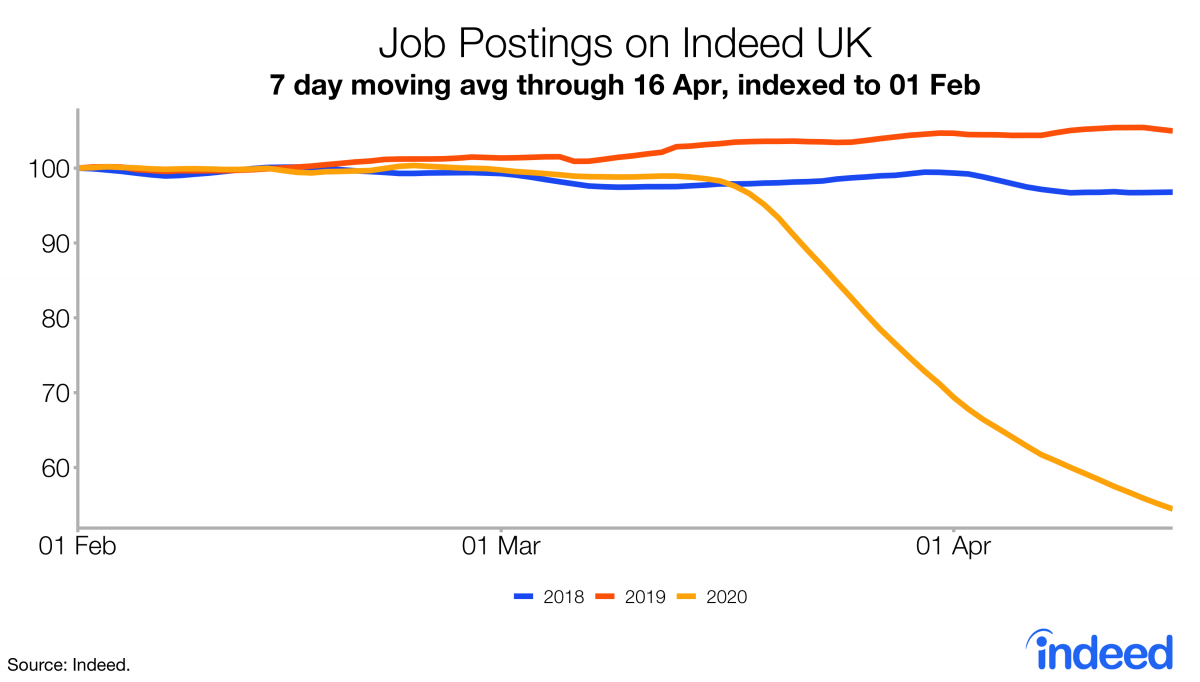 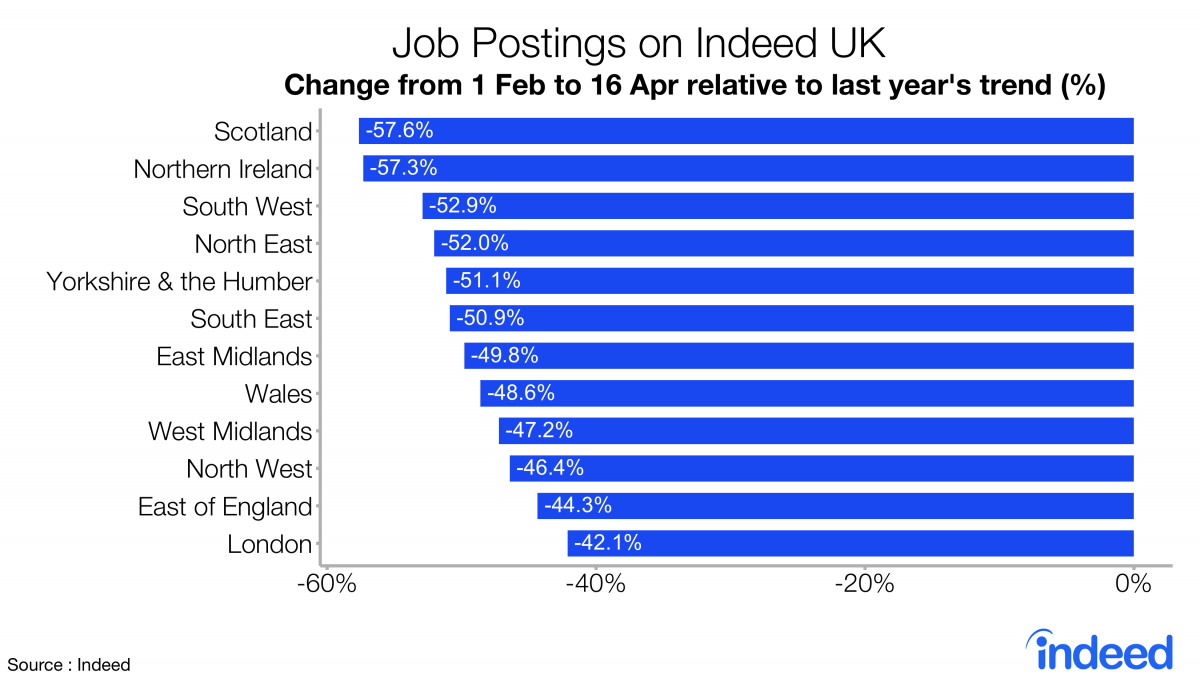